Ahmed Ghoneim is an Associate Director of User Research at Ubisoft Toronto. His 9 years at Ubisoft has seen him contribute to various brands including Watch_Dogs, Splinter Cell, Far Cry, and Assassin’s Creed. From managing a team of two to a multidisciplinary team of 20 comprised of User Researchers and Game Analytics, his focus is on building capacity, scaling research operations, and integrating learning into the game development process. Ahmed has also been building partnerships with Colleges and Universities in Ontario to advocate for user research as a professional practice, both at the institutional and classroom level. 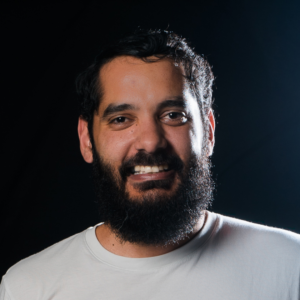 Ahmed has been coding and designing user interfaces professionally since 2005. He has been working in the games industry since 2013, when he joined Guerrilla Games to ship Killzone: Shadow Fall, Horizon Zero Dawn and Horizon Zero Dawn: The Frozen Wilds. He has since moved to Stockholm joining EA DICE, to work on Battlefield V, 2042 and Star Wars: Battlefront II. He is now UX Director at Ubisoft Stockholm working on an unannounced project.

Presence in Practice: Affinity vs. Contrast in Video Game UX 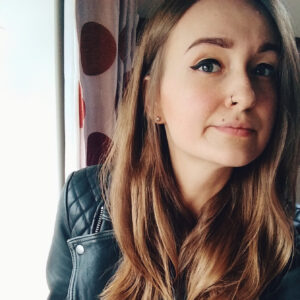 Alena Denisova (University of York, UK) is an Assistant Professor in the department of Computer Science. Her research focuses on understanding and improving user experience of video games and developing tools and methods for researching interactive experiences. Her projects include defining and measuring perceived challenge and experienced uncertainty in video games, and, more recently, emotionally impactful player experiences. Currently, Alena is researching playtesting practices of indie developers and the challenges associated with conducting research as a small studio or as a freelancer with the view to better understand how GUR can support these developers. You can find Alena on Twitter: @sevenfridays. 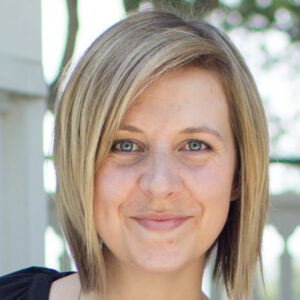 When people ask Ann what her dream job would be, her answer is always the same: making one-of-a-kind clothes. She loves the creativity and artistry that pours out of her when designing and sew clothing. And yet, Ann is a scientist at heart and by profession. She has degrees in biology, chemistry, and public health, and her career is making sure people who volunteer to be in research studies are as safe and respected as possible (Director of the University of Utah IRB & Human Research Protection Program).

The Ethics of Our Art: Research Ethics and the Games User Experience 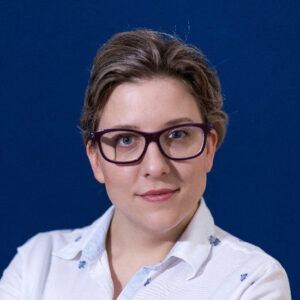 University of Amsterdam, the Netherlands

Anna Vvedenskaya, LLM. Lecturer and researcher in international tax law, the University of Amsterdam, the Netherlands. I am a tax professional with ten years of working experience in tax consulting, in-house, and academia. Currently, I research the interaction of taxation and virtual environments. I am a lifetime Fallout fan and admirer of the Might & Magic series. 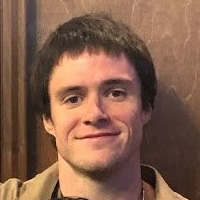 Bill has an academic background in experimental/cognitive psychology and behavioral neuroscience and has been in the games industry for 6 years. He has conducted research throughout the development cycle on a wide range of games and products across multiple platforms and genres but has primarily focused on third-person action games. He is currently a Games User Researcher at Amazon Games.

Not just for climbing—Ladders in Games User Research: A Flexible Framework to Unify Stakeholders and Shift from a ‘Game Features’ to ‘Player Needs’ Mindset

Carissa is a UXR with a PhD in Developmental Psychology. She has over 10 years of experience running research with children both in academia and industry. She was previously at YouTube working on the Kids & Families products. Carissa is currently a Sr Researcher at Roblox.

How do we run remote research with kids who are so over Zoom?

Seeing Yourself in the Game: A Guide to Inclusive Character Customization 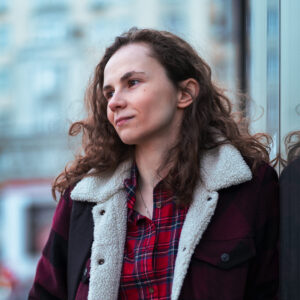 Ekaterina is a user researcher specializing in conducting research on CIS audience, creating profiles of TA and playtesting games of various genres. She collaborate with developers and designers in the process of developing UX/UI solutions after playtests. She is currently a Senior researcher at MY.GAMES, plans to develop and popularize the direction of accessibility in MY.GAMES company.

Between Agency and In-house Research: How to Communicate With 41+ Dev Studios 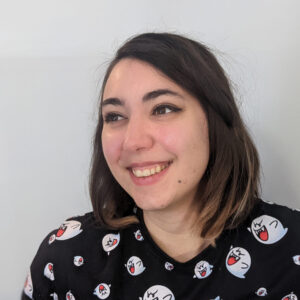 Émilie Paquin is a Game User Research at Behaviour Interactive since June 2019. She worked on various features and DLC’s on the popular asymmetrical and horror game Dead by Daylight and other unannounced projects. She has an academic background in Communication with a specialization in Video Game Studies and Gamification at the Université du Québec à Montréal (UQAM). During her master degree, she specialize in group dynamic within video games and Table-Top Role Playing Game.

How to playtest Dead by Daylight: an exploratory approach on a live asymmetrical multiplayer game 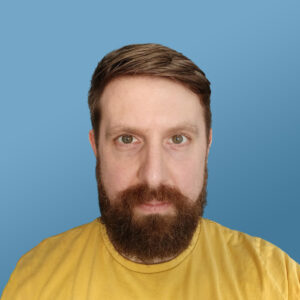 Dr. Gareth Lloyd is an applied psychology researcher turned games user research specialist, with 20 years of research experience. He has carried out user research work on more than 80 games, from AAA console titles, to chart-topping mobile games, to games by indie and solo developers. He is currently a user researcher at PlaytestCloud, and is based in the UK.

A Games User Researcher’s Toolkit: The benefits and challenges of using external tools and platforms 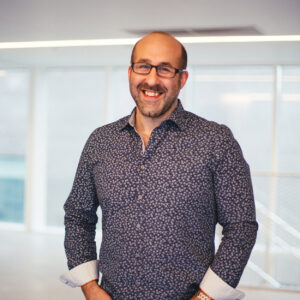 Jason Della Rocca (Execution Labs) is a game industry entrepreneur, funding advisor, and cluster expert. As the co-founder of Executions Labs, he was a hands-on early-stage investor to over 20 independent game studios. Between 2000-09 he served as the executive director of IGDA, and was honoured for his industry building efforts with the inaugural Ambassador Award at GDC. In 2009, Jason was named to Game Developer Magazine's 'Power50', a list which profiles 50 of the most important contributors to the state of the game industry. As a sought after expert on the game industry, Jason has lectured at conferences and universities worldwide. 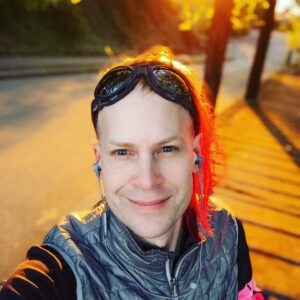 Jonathan has been a member of the Xbox Research team since 2016. They have led research on franchises including State of Decay, Ori, and Crackdown, while also running the team’s competitive research program. In games, they are constantly on the hunt for ways to improve our understanding of the audience and ways to broaden and expand it.

LITE: Not Quite RITE 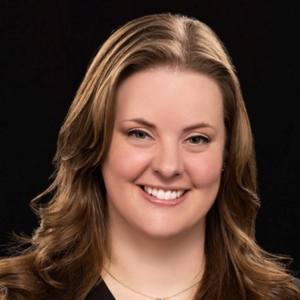 Lisa Rigtrup is an Operations Manager at the University of Utah Institutional Review Board where she manages board member onboarding and training, convened meeting logistics, reviewing and processing SIRB reliance consultations, and serves as the IRB’s webmaster. Lisa also serves on The University’s Staff Council as the Communications Committee Chair and is the current President-Elect. Lisa is interested in how to increase community awareness of human subject research ethics using avenues that are fun and interesting. Lisa also enjoys spending time with her many pets, gardening, and hanging out with friends on Xbox Live.

The Ethics of Our Art: Research Ethics and the Games User Experience 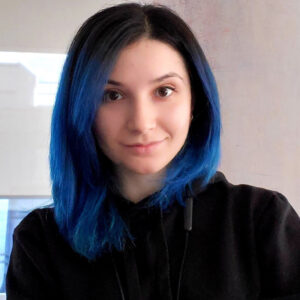 Maria is a Head of Games UX Research, popularizing research and working on video games and related projects. During her master's degree, she conducted studies related to video games and their impact on the emotional state of the players. Right now she is working on mobile, PC and consoles video games, conducting research on EU and US audience, playtesting games, game's related websites, eSport and streaming projects.

Between Agency and In-house Research: How to Communicate With 41+ Dev Studios 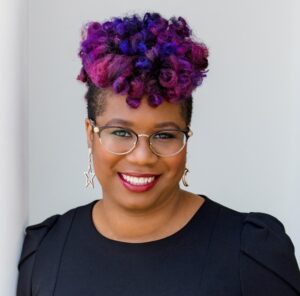 Taking Flight: Soaring into the Golden Age of Social Science 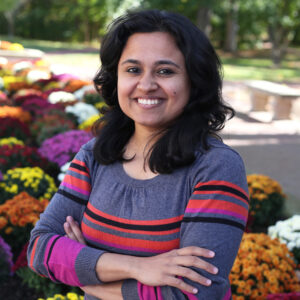 Nandhini Giri, PhD (Purdue University) is an Assistant Professor of Human Computer Interaction and Director of Entertainment Futures Design Studio at the Department of Computer Graphics Technology, Purdue University. Giri’s research, teaching and creative interests are in the design of human centric entertainment systems and design expertise development for entertainment professionals, with a focus on enjoyable and sustainable design practices in the computer graphics and interactive entertainment industry. 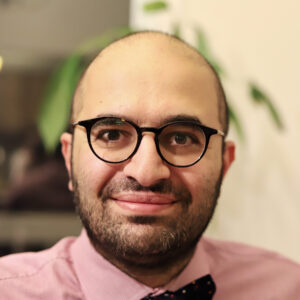 Pejman Mirza-Babaei is an Associate Professor of UX Research and runs the UXR Lab, an applied UX research lab for digital media, at Ontario Tech University. He is a co-editor of the Games User Research nook and is currently working on a new book, The Game Designer's Playbook: An Introduction to Game Interaction Design, expected release Summer 2022. He was the UX Research Director at Execution Labs (Montréal, Canada) from 2015-17 and UX Researcher at Vertical Slice/Player Research (Brighton, UK) from 2009-13. You can find him on twitter: @pejman_mb 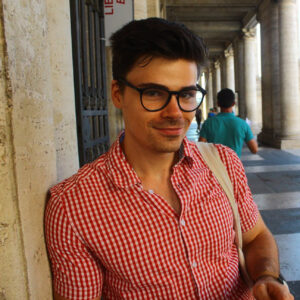 Raphaël Leroy has a background in work psychology and economics psychology. He has gained experience both as a Game User Researcher, during his short stay at Massive Entertainment, and as a generalist User Researcher at a Brussels-based UX agency, where he currently works and tries to incorporate game elements and principles into web design. He also has helped to shape the two GRUXonline conferences.

Skills and methods as a Game User Researcher: Is the job still the same after COVID? 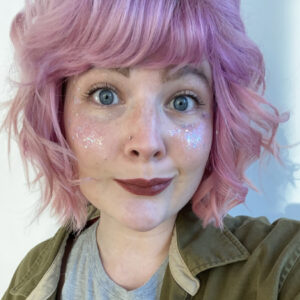 Savannah Harrison is a Senior Producer with Xbox Game Studios’ World’s Edge. She currently directs and coordinates Live Services for Age of Empires IV with a focus on player retention and fostering an active game community. Savannah has been in the games industry since 2015, where she’s helped foster communities, created and improved processes for securely sharing pre-release software and hardware with various audiences, and assisted with other production and program management functions across a variety of disciplines.

Flighting & UR: the Perfect Partnership. A retrospective from the development of Age of Empires IV 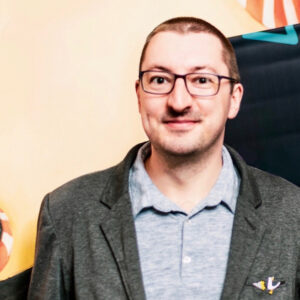 The GamesUR Salary Survey is a volunteer initiative run by Jonathan Dankoff, Andrew Menger-Ogle and Sebastian Long. This short session is presented by Sebastian, Managing Director of Player Research. Seb is a consultant Games User Researcher and business leader, based in the United Kingdom. 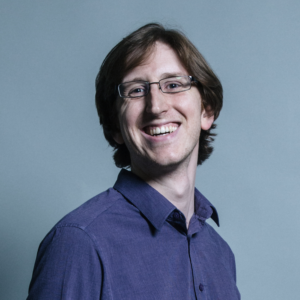 Steve Bromley (www.gamesuserresearch.com) teaches people about user research for video games, and provides user research consultancy for small and medium games studios. Prior to this he was a senior user researcher for PlayStation. He recently released the book How To Be A Games User Researcher,and sends out regular free games user research lessons at www.gamesuserresearch.com. This year he worked with indie game developers to create The Playtest Kit, a toolkit to make playtesting + user testing accessible to solo & small development teams. Learn more at www.playtestkit.com. 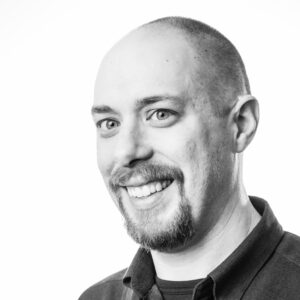 Todd Kelley joined the Xbox User Research team in 2012, coming from the academic world where he studied attention and perception using fMRI, EEG, and TMS. Shortly after joining the group, he worked on studies of latency perception, eye tracking, and biometrics. He has served as UR for Dead Rising 3 & 4, Rise of the Tomb Raider, Sunset Overdrive, and the MS Casual Games team. Todd is currently UR lead for World’s Edge studio.

This website uses cookies to improve your experience while you navigate through the website. Out of these, the cookies that are categorized as necessary are stored on your browser as they are essential for the working of basic functionalities of the website. We also use third-party cookies that help us analyze and understand how you use this website. These cookies will be stored in your browser only with your consent. You also have the option to opt-out of these cookies. But opting out of some of these cookies may affect your browsing experience.
Necessary Always Enabled
Necessary cookies are absolutely essential for the website to function properly. This category only includes cookies that ensures basic functionalities and security features of the website. These cookies do not store any personal information.
Non-necessary
Any cookies that may not be particularly necessary for the website to function and is used specifically to collect user personal data via analytics, ads, other embedded contents are termed as non-necessary cookies. It is mandatory to procure user consent prior to running these cookies on your website.
SAVE & ACCEPT